Focus your energy on productivity.

Optimize your building with envelope improvements.

There are many energy conservation technologies available to help you save money. It is essential not only to choose the right products but also to complete your upgrades in a sequential order such that you can maximize your profits.

Often, envelope upgrades (such as window film) are overlooked, and owners jump right to optimizing their HVAC system. If you create a more efficient building envelope before HVAC improvements, you can downsize your HVAC equipment in the future, enabling you to reach the maximum possible performance for your profits. 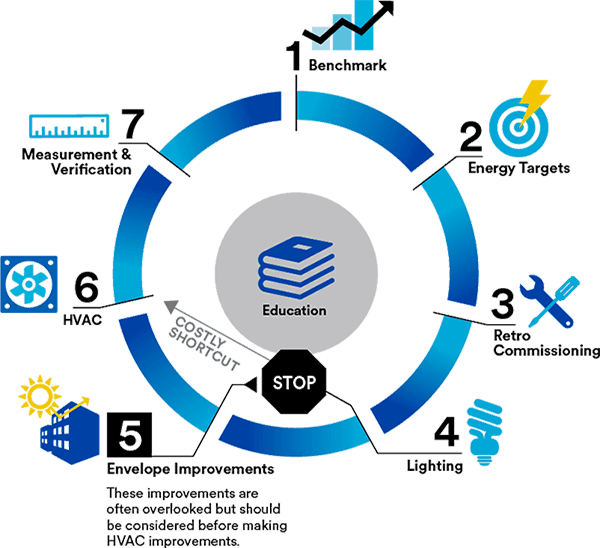 3M™ Sun Control Window Film can reduce the temperature in direct sunlight by as much as 9° F, making your space much more usable and comfortable. The graph below shows a four-day temperature logging experiment conducted in an office building. 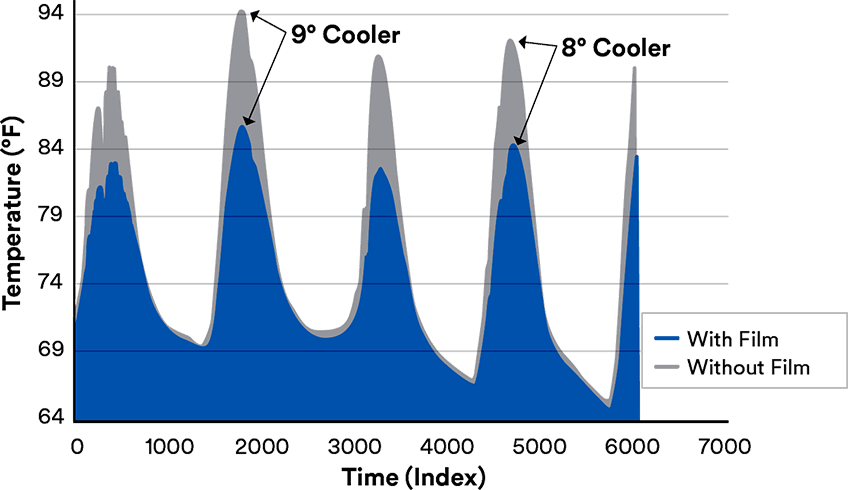 Proven savings in every climate.

The US is broken down into eight different climate zones in accordance with building codes today — Climate Zone 1 being the hottest and Climate Zone 8 the coldest. 3M™ Window Films can save energy in all climate zones. 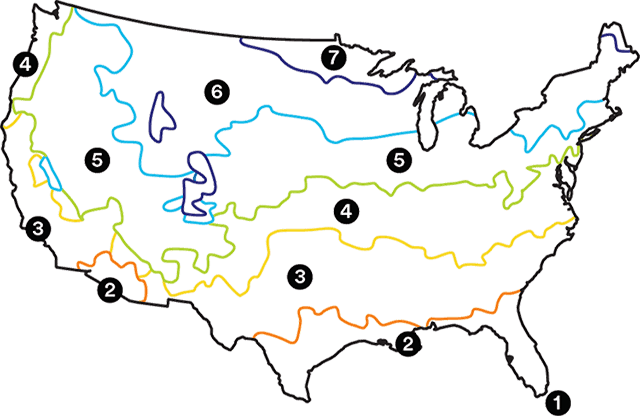 In 2011, the US DOE completed a study on the top 50 commercially available energy conservation technologies. The technologies were ranked in these categories:

Only four technologies received both a fastest payback rating and highest probability of success.

Replacement windows were also studied, but they received much slower payback ratings and lower probability of success due to the significant initial investment costs and disruption to tenants required for a new window replacement1.

3M was issued the first patent for sun control window film in 1966. Today, 3M™ Window Films have been installed in buildings all around the world. We never stop creating new window film products and solutions to help protect people and property, reduce energy costs and improve interior comfort. Put your trust in 3M, a name you know for quality products and services.

GET A FREE QUOTE